Event Horizon (1997) starring Laurence Fishburne, Sam Neill, Kathleen Quinlan, Joely Richardson, Richard T. Jones, Jack Noseworthy, Jason Isaacs & Sean Pertwee. In 2047 a spaceship that mysteriously disappeared in deep space seven years before has now suddenly reappeared and a rescue crew is sent to investigate it and find out what happened. Event Horizon is a sci-fi horror film perhaps most easily described as "The Shining in outer space", and director Paul W.S. Anderson clearly took some inspiration from The Shining as well as to other films such as Alien & Hellraiser. This film has a great moody & foreboding atmosphere, some truly chilling moments and an interesting story, though some unanswered questions are left in the end. The gore and makeup effects are excellent, but some of the CGI hasn't aged so well in the 20+ years since the film's release. The cast is fine all around and Laurence Fishburne & Sam Neill give particularly polished performances. Event Horizon was unsuccessful upon release but has gained quite the cult following over the years and deservedly so, because it's a haunting horror film that's entertaining, intriguing & chilling. 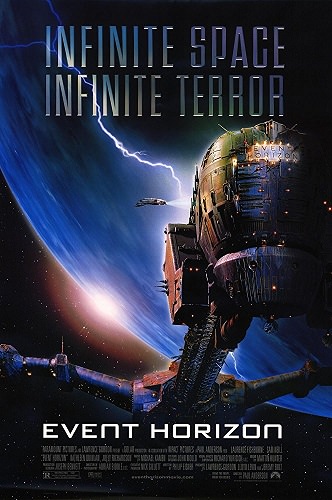 Pathfinder (2007) starring Karl Urban, Moon Bloodgood, Clancy Brown, Russell Means & Ralf Moeller. A viking boy left behind after his clan slaughtered a Native American tribe is adopted & raised by a native couple, and 15 years later when the Norsemen return and the slaughter begins again he fights against the vikings to avenge his adoptive parents and protect those he considers his people. Pathfinder is an epic action/adventure film and a remake of the 1987 Norwegian film Ofelas. The plot & characters are pretty simple, but the film provides plenty of action and some striking visuals. The various battle scenes are choreographed well and look brutal with some gruesome makeup effects used, and the vikings, if not historically accurate, look imposing & fearful. Pathfinder perhaps lacks a bit of substance, but is a fun, entertaining & action packed film. 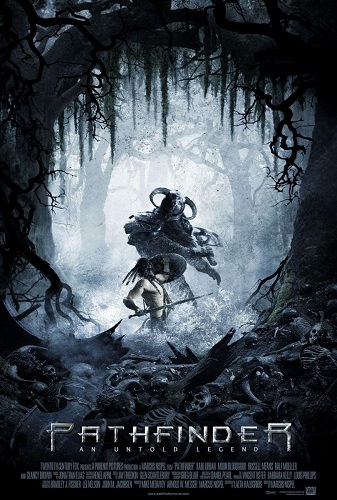 Expensive Women (1931) starring Dolores Costello, Warren William, Anthony Bushell, Polly Walters, Joe Donahue & H.B. Warner. A rich society girl becomes romantically involved with a married man from a prominent family and gets blamed for the murder of one of her suitors that he commits. Expensive Women is a pre-Code drama and the last film Dolores Costello made before a 5 year retirement/hiatus. It's typical of pre-Code films with plenty of naughty behavior & sexual innuendo contained within it's story. Dolores Costello & Warren William are the highlights of this film and the biggest reason to watch it, as they share a great chemistry and their scenes together are marvelous. Expensive Women is an enjoyable little pre-Code drama with some humorous moments. 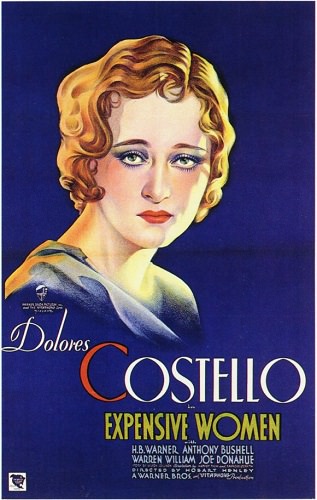 The Chocolate Soldier (1941) starring Nelson Eddy, Risë Stevens, Nigel Bruce & Florence Bates. A jealous husband tests his opera-singer wife's fidelity by disguising himself as a Russian singer and attempting to romance her. The Chocolate Soldier is a musical comedy and a version of the play Testőr by Ferenc Molnár. This was the film debut of opera singer Risë Stevens, who makes a magnificent duo with Nelson Eddy in place of Eddy's most usual co-star Jeanette MacDonald. Eddy & Stevens play off each other well in the comical moments and of course do an unsurprisingly wonderful job singing the songs during the musical performances. The Chocolate Soldier is a fun & enjoyable musical comedy, due in no small part to the singing talent/ability of Nelson Eddy & Risë Stevens as well as the chemistry they share. 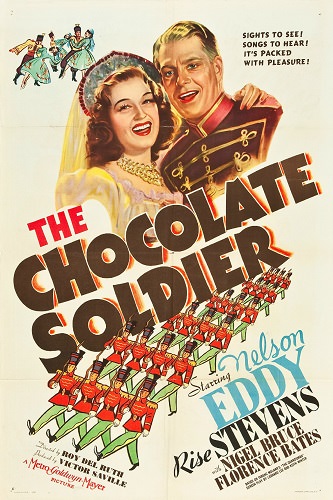 The Naked Prey (1965) starring Cornel Wilde & Ken Gampu. A safari guide is captured by a native tribe in the African veld, stripped of his clothes & weapons and set free to be hunted by tribal warriors, with his only chance to survive being to evade his pursuers and make it back to a colonial fort. The Naked Prey is an adventure film inspired by Colter's Run, an event that took place in 1809 where American frontier explorer John Colter was captured by the Blackfoot Native American tribe, stripped naked and told to leave & encouraged to run, and soon after was pursued by a group of young braves through the wilds of Wyoming. Cornel Wilde, who also served as director & producer, is excellent as the safari guide running for his life & fighting to survive in the African wilderness and even at 52 at the time of filming, looked to be in tremendous shape. The film was beautifully shot on location in Africa and features some striking, and at times, brutal imagery. The Naked Prey is a thrilling adventure film about survival & fighting against the odds and is highly entertaining. 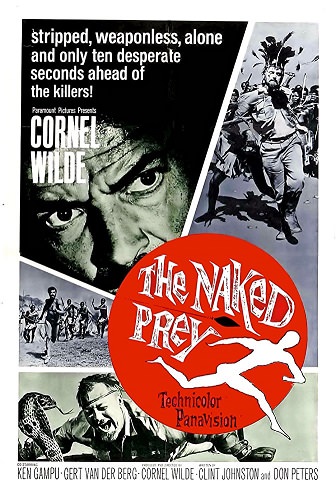 Run for the Sun (1956) starring Richard Widmark, Trevor Howard, Jane Greer & Peter van Eyck. After their plane crashes near ruins in a Mexican jungle, a reclusive novelist & a magazine journalist find themselves running for their lives as they're hunted by a British traitor & a Nazi war criminal who've been in hiding since the end of World War II. Run for the Sun is a thriller adventure film and the third official adaptation of Richard Connell's classic suspense short story, "The Most Dangerous Game". This film keeps the basic premise, but many aspects of Connell's story are changed, and though I personally prefer the 1932 adaptation of "The Most Dangerous Game" starring Joel McCrea (which I did a write-up on on page 10 of this thread), this one is an interesting take on the story. Trevor Howard is particularly good as the heavy, a British traitor trying to hide from his past. The jungle sequences were shot on location about fifty miles from Acapulco, Mexico, and look magnificent and the location used as the base for Howard & van Eyck's characters was actually a vast, ruined 16th century hacienda & sugar plantation/refinery that had been built by Hernán Cortés. Run for the Sun is a different, but interesting take on Richard Connell's classic tale and a good adventure film. 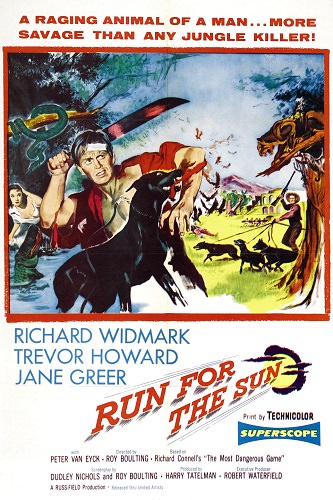 The Wild North (1952) starring Stewart Granger, Wendell Corey & Cyd Charisse. A Mountie tracks a trapper accused of murder through the Canadian wilderness and attempts to bring him back to civilization to be tried. The Wild North is an adventure/drama film and apparently inspired by a true story from the early 1900s of a Royal Canadian Mounted Police officer, Constable Arthur Pedley. Stewart Granger is excellent as confident & cunning French-Canadian trapper Jules Vincent, and if I hadn't already seen Granger in a number of movies previously or knew he was English, I could've believe he really was French-Canadian. Wendell Corey is also great as the hardened Constable Pedley determined to bring his man to justice. The fascinating journey the film shows goes from the Mountie attempting to bring the trapper in to both men just trying to survive the brutally harsh winter conditions to make it back to civilization alive and how the tables are turned along the way. Of particular note, there's a spectacular scene of the men fighting off a large pack of wolves. The Wild North perhaps isn't one of Stewart Granger's better known films, at least not from this era when he was in his prime & at the height of his career, but it's an exciting and enthralling tale of adventure & survival. 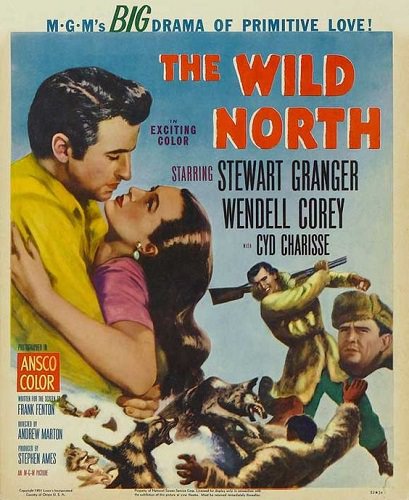 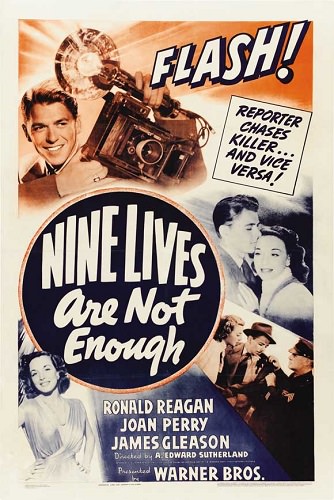 The Flying Deuces (1939) Stan Laurel, Oliver Hardy, Jean Parker, Reginald Gardiner & Charles Middleton. Stan & Ollie join the French Foreign Legion in order to help Ollie forget a woman. The Flying Deuces is a comedy film and a partial remake of Laurel & Hardy's 1931 short film Beau Hunks. Stan & Ollie are funny as usual, getting into one predicament after another either through bumbling or naivety, and then the hilarity ensues. The film is really good fun with a fast pace, and at only 69 minutes long is a quick & easy watch. The Flying Deuces is classic Laurel & Hardy and a thoroughly enjoyable comedy. 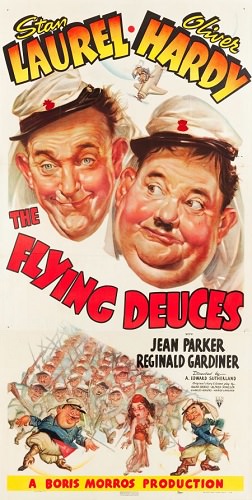 Scrounging in the pawn shop tonight yeiled a copy of 1962's " Requiem for a Heavyweight " . Anthony Quinn , Mickey Rooney , Jackie Gleason and Julie Harris are superb in this movie adaptation
of Rod Serling's teleplay . .50 cents for a gem plus I got a chance to noodle on the guys guitars ...
Top

sticksb wrote:
IMG.jpg
Scrounging in the pawn shop tonight yeiled a copy of 1962's " Requiem for a Heavyweight " . Anthony Quinn , Mickey Rooney , Jackie Gleason and Julie Harris are superb in this movie adaptation
of Rod Serling's teleplay . .50 cents for a gem plus I got a chance to noodle on the guys guitars ...

Great, great movie, pretty dark & heartbreaking, with a great cast to boot. Quinn, Rooney, Gleason & Harris are superb as you say and I don't know how Anthony Quinn didn't get a Golden Globe or Oscar nomination for it. It's cool seeing a young Cassius Clay as Mountain Rivera's opponent at the beginning and then briefly seeing Rivera in the ring with Haystacks Calhoun later on. Anyway, you certainly can't beat that deal. Great find.

By the way Sticks, have you ever seen the original television version of Requiem for a Heavyweight from Playhouse 90 in 1956? Great cast with Jack Palance as Mountain McClintock along with Keenan Wynn, Kim Hunter, Ed Wynn, Max Baer & Maxie Rosenbloom, and directed by Ralph Nelson (who also directed the film version). Palance won a Primetime Emmy for it, and deservedly so.

Yes . I've got the old VHS of this. Palance did his whole performance on
the first take (he was actually a great boxer before acting) . The ending
of the play is different from the movie for a more tragic effect . Serling
also boxed in Syracuse when he went to the University . The bin at the
pawn shop also had a copy of the best of season #1 of the Twilight Zone.
Top
Post Reply
182 posts