Yes Harry, that seems to be right.I could not see what the weight used was though. To be an official world record i would assume it would have to be performed in front of appointed judges.However the aim here is only to give a ball park target.When i used the charts i would test myself on the lifts i wanted to do and for those i fell short of i would set up a training program and a date for when i wanted to achieve the goal.I was not interested in setting records per se, just having a challenge to aim for,which is good as you get older. These days though i do not do PB singles but would rather take a weight i could do for high reps and improve on that.For example how many bench presses with 200lb or how many free squats in certain time etc.I am planning a few challenges for my upcoming 70th birthday and in training for them now.
Regards,Peter.
Peter Yates
Top

Not to put you on the spot Peter, but Jack LaLanne managed this on his 70th:

1984 (age 70) – handcuffed, shackled, and fighting strong winds and currents, he towed 70 rowboats, one with several guests, from the Queen's Way Bridge in the Long Beach Harbor to the Queen Mary, 1 mile...

Ha, Ha, sorry mate there will be no swimming involved in late January thank you very much. However i will be testing myself in other ways,though nowhere near what Jack could do.
Regards,Peter.
Peter Yates
Top

Barry has been keeping me abreast of his developments since the gyms re-opened and he is making sterling efforts. He now weighs 141lbs and yesterday did 10 reps on bench press with 85kg on the bar. Using a 1RM calculator this comes back as 113kg (176% of his bodyweight) which means that he is well on track to smash the gym record for bench in his weight class (60 - 66kg) which currently stands at 100kg. Therefore, with my schedule, this is likely how things will pan out

Thanks Harry, good for Barry.Look forward to seeing the results and wishing him the best.
Peter Yates
Top

Having now been told that due to soreness, Barry does not train quads and calves (save from the usual cycling that he does), his training schedule has now altered and so as a result, the plan for the week he is here has altered, therefore this is the new schedule

Yesterday, Barry attempted the crucifix hold and held it for 1.93 seconds (with two 6kg kettlebells) admitting that he didn't really train his shoulders that way, but then went on to hold a kettlebell (also 6kg) at arms length for 50 seconds (which I recorded) and have now turned into a formal submission video for any record in Barry's age and weight class (70 - 75, 60 - 66kg), therefore if people like Ray or Mobster could point me in the right direction, that would be appreciated.

Because the gym in Aberaeron is small compared to the gym he uses in Bury, the equipment is also different, as a result he was not able to set a gym record equalling 100kg bench press because whilst we only have an actual bar, he has this piece of machinery 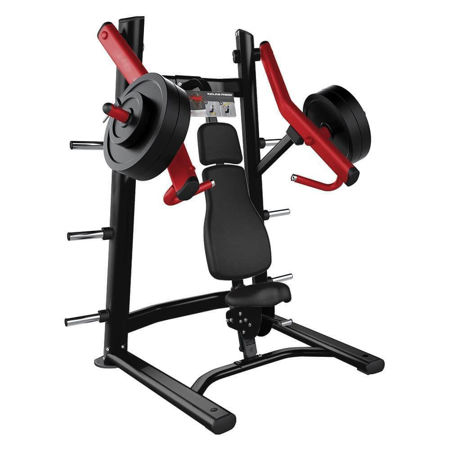 However, the gym owner has said that when he next manages a 100kg + press on that equipment in Suffolk, if he takes a video of it, sends it to me, and then I send it on to the gym owner for verification of a good lift, the gym owner will happily give Barry an honorary record.

Barry goes back to Suffolk tomorrow but we have both agreed that I will do the following things:

a) For his Christmas present, purchase a membership (one year) for the UK branch of the IBFA
b) For his birthday present (a few weeks later), purchase his entry fee for whichever contest is nearest to Suffolk which
c) allow me to have three weeks of respite from care after June 2021 in order so that I can attend the contest (perhaps as his support team) and cheer him on as I experience my first bodybuilding competition.
"Great heavens, what is there to adulate in me? Am I particularly intelligent, or remarkably studious, or excruciatingly witty, or unusually accomplished, or exceptionally virtuous?"
(The Duke of Dunstable, Patience by Gilbert and Sullivan)
Top

Here's the video of the kettlebell hold for any record verification


youtu.be/rkzIkK7IAx8
"Great heavens, what is there to adulate in me? Am I particularly intelligent, or remarkably studious, or excruciatingly witty, or unusually accomplished, or exceptionally virtuous?"
(The Duke of Dunstable, Patience by Gilbert and Sullivan)
Top

Harry, a couple of things come to mind here.First of all it seems as if Harry's arms are quite bent from that angle,i assume that for correct form the arms must be straight.It may be better filming from side on to see that more easily.Also it would help to have a clock with seconds somewhere visible and a scale to show that the weight being used is accurate and weighed on film.Anyway even so it was a good effort and i hope you get a response from some body that gives awards for more information.
Regards,Peter.
Peter Yates
Top
Post Reply
30 posts